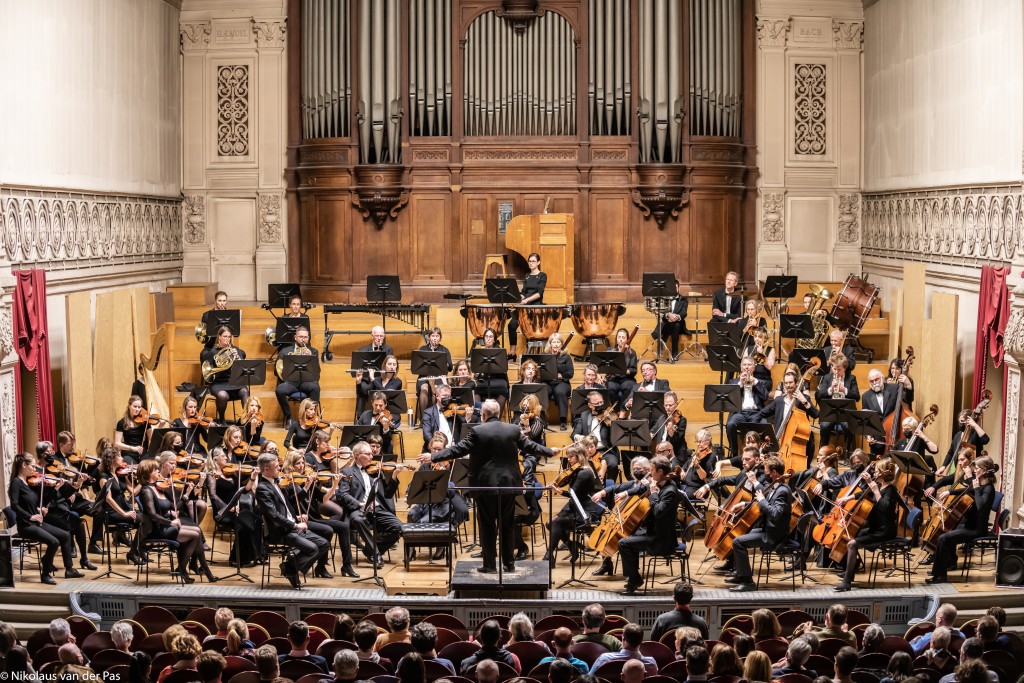 The Bruocsella Symphony Orchestra is the most prominent international amateur symphony orchestra in the Brussels Capital Region. Members include skilled amateur musicians and (ex-) professional musicians. The orchestra plays a wide range of symphonic music at varying venues. We play both classical concerts and our much-loved children’s concerts, which combine music and storytelling and bring together musicians, singers, actors and dancers.

It was formed in 1996 by a group of friends who met to play chamber music and wished to expand their musical horizons. It rapidly expanded to become a full symphony orchestra under its first conductor Alain Baudhuin. In September 2002 Jan Steenbrugge took over as conductor. In April 2013, David Miller was selected as the new Musical Director and Conductor.

The BSO was set up as a non-profit organisation (ASBL/VZW) soon after with the aim of giving concerts for the benefit of charitable causes. The orchestra then started a regular schedule of annual children’s concerts as well as concerts with accompanying soloists.

Since 2013 David Miller has been the principal conductor, continuing the established concert schedule. The children’s-concert formula has developed into a musical show featuring a fantastically narrated storyline supported by music, acting, singing, dancing and some impressive visual effects. Special BSO concerts have included a 7-day tour of China in 2011, concerts at the NATO Shape headquarters near Mons entitled ‘In Flanders Fields’ (2014), and a performance of Berlioz’ Symphonie fantastique at La Madeleine Church in Paris in 2015.

In September 2018 we welcomed the Oslo University Choir to Brussels and accompanied them in Mozart’s Great Mass in C minor.