Under the Big Top: - 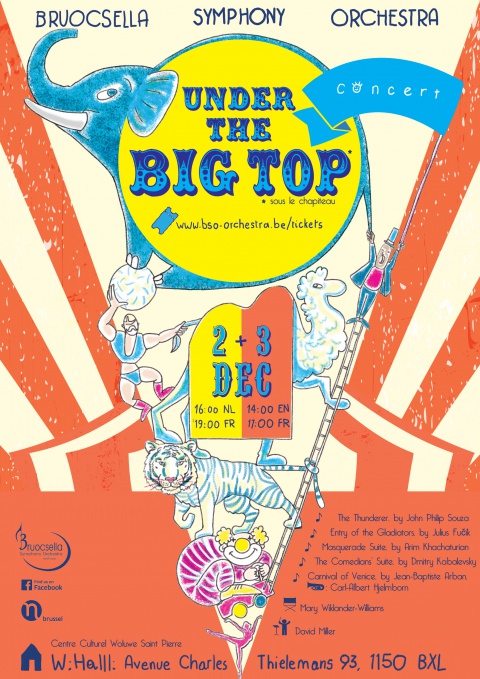 Circus… a word that conjures up so many images… memories… and lively music. Under the baton of Music Director, David Miller, the Bruocsella Symphony Orchestra will create a magical set of children’s concerts introducing the music of Dmitry Kabalevesky’s Comedian Suite and parts of Aram Khachaturian’s Masquerade Suite. Of course there will be bold marches along with some more popular tunes. A concert highlight will be our rendition of the Carnival of Venice arranged by Mark Beamish and featuring Tuba soloist, Carl-Albert Hjelmborn.

When the Bruocsella Circus comes to Woluwe St. Pierre on 2 and 3 December there will be plenty of excitement and some nail biting moments. Not everything is perfect with the circus ……Two children find the lure of the Big Top too much and slip into the circus family. Find out what happens to Charlie (Blaise Landsbert-Noon) and his little sister, Alice (Nehir Hasret) as they encounter a wily and unscrupulous Loan Shark. Narrator Carolyn Saunders tells the story of circus life Under the Big Top 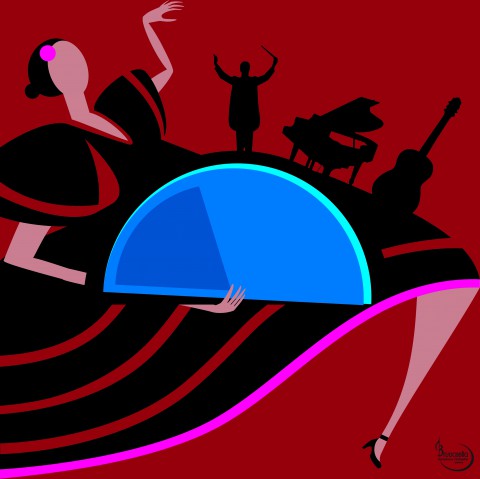 LIEBRECHT VANBECKEVOORT (b.1984) has been at the forefront of a new generation of Belgian pianists over the past decade. From 2002 to 2009 he studied with renowned pianists and teachers such as Jan Michiels (Brussels), Menahem Pressler (Bloomington), Russell Sherman (Boston) and Elissó Wirssaladze (Munich). In October 2014, he was appointed guest professor at the LUCA School of Arts in Leuven (B).

Liebrecht made his international breakthrough in 2007 when he became a laureate at the prestigious Queen Elisabeth International Music Competition, also being awarded both public prizes by the VRT/RTBF radio & television channels. As an official ‘Steinway Artist’, he has performed worldwide in major concert venues in the Benelux, France, Spain, the United Kingdom, Germany, Switzerland, Poland, Ireland, Italy, Israel, China, South Africa, Canada and the United States. He has played at various music festivals in Belgium and abroad and he was the exclusive ‘classical star’ at the ‘Night of the Proms’ concert tour 2007 in Belgium.

Liebrecht Vanbeckevoort is a passionate and accomplished chamber musician. He regularly shares the concert stage with internationally-renowned artists such as Jef Neve, Severin von Eckardstein, Thomas Blondelle, Ning Kam, Justus Grimm and France Springuel. He is also a member of the Roeland Hendrikx Ensemble.

To date Liebrecht has recorded six albums, featuring the two piano concertos by Franz Liszt with the Brussels Philharmonic and a live recording of Rachmaninov’s 3rd piano concerto. His first albums were dedicated exclusively to Mendelssohn and Schumann’s solo repertoire. A sixth album, featuring Mozart chamber music works was recently released on the Et’cetera Records label in December 2015.

Furthermore, he was invited to record a Liszt piano recital for the Belgian television channel ‘Canvas’ in ‘Liszt year’ 2011. His recordings were internationally critically acclaimed and have been broadcast on radio and television both in Belgium and abroad

MAARTEN VANDENBEMDEN (1994) was born in a house full of guitars. He started his... 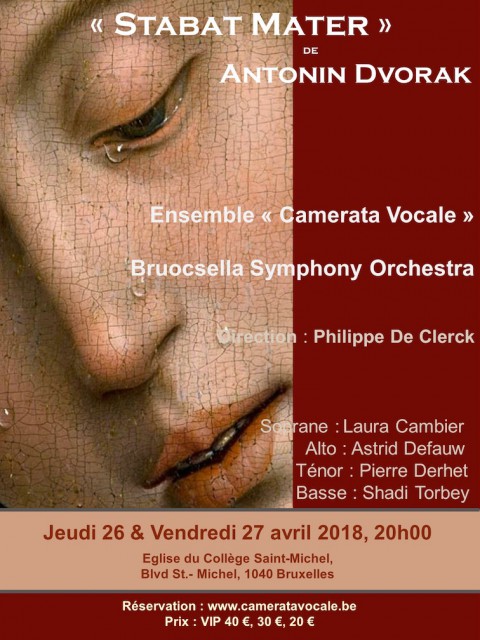 Out of Africa Overture (Barry) 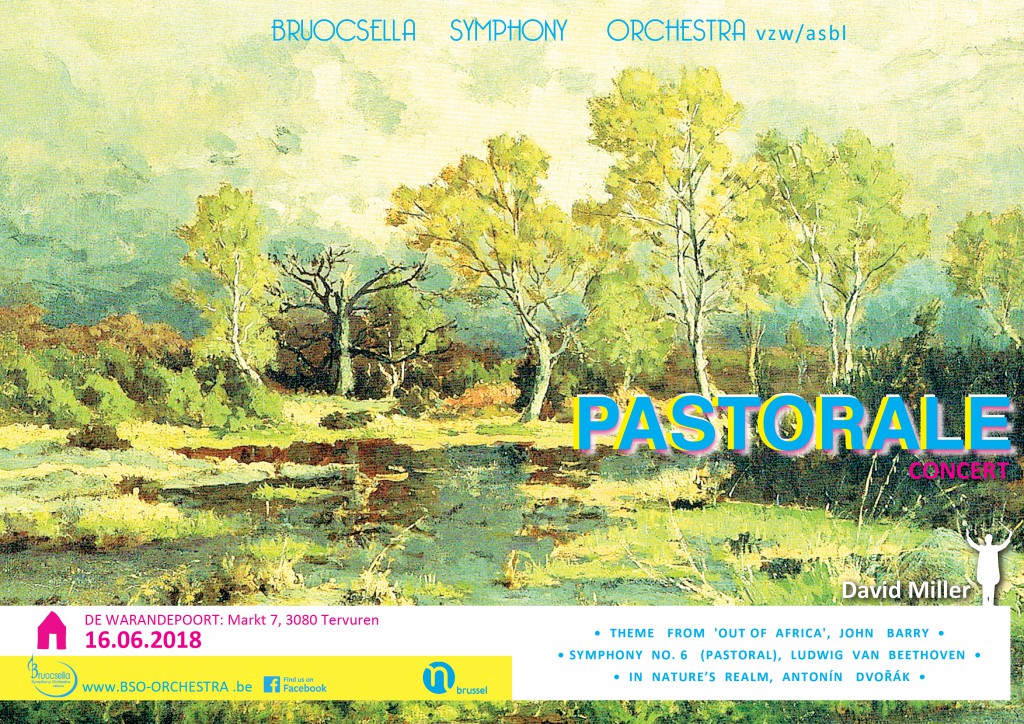